Digitization has reshaped learning to a great extent and has revolutionized traditional learning into a much a deeper and interactive approach through e-learning solutions. According to the Docebo E-learning market trends & forecast 2014 – 2016 report, the growth of the e-learning industry has been up to 900% since the year 2000 and according 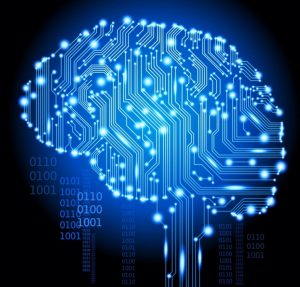 to Ambient Insight 2012 – 2017 Worldwide Mobile Learning Market, 42% of companies said that e-learning has led to an increase in revenue. In the training industry, we usually refer to such trends and data to prove the effectiveness of e-learning, while we leave out analyses of the biochemical systems that initiate the learning process in the first place.

Indeed, every decision we make and every word we read lead to chemical reactions in our brains. The author of “The neuroscience of learning”, Britt Andreatta (learning and leadership development consultant and speaker), highlights that professional learning can be broken into three key phases: learn, remember and do. Sitting down to learn, getting information into learners’ memory and then applying that information in practice, ultimately changes behavior. Another scientific research shows that it’s NOT the e-learning that improves learning effectiveness; it’s the learning methods that are typically used in e-learning that impact e-learning’s benefits.

So let’s dive deeper into the scientific evidence of e-learning and understand why it would actually work for your organization:

E-learning consists of numerous learning methods such as webinars, simulations, gamifications and scenario-based videos. As mentioned above, it is the learning method used in e-learning which determines its effectiveness. Let’s take for example, scenario-based videos: with scenario-based video training, staff feels involved while walking their way through the storyline, usually based around a complex work situation which needs to be solved. Scenario-based learning is based on the principles of situated learning theory (Lave & Wenger, 1991), which argues that learning best takes place in the context in which it is going to be used, and situated cognition: the idea that knowledge is best acquired and more fully understood when situated within its context (Kindley, 2002).

Ever wondered how visual effects affect our learning experience? Well, there is a whole scientific explanation behind it. The cognitive load theory by John Sweller is the most effective researched theory for learning and the brain. Sweller argued that instructional designs can be used to reduce the total amount of mental efforts being used in the working memory of learners. This allows the corporate e-learning experience to be more effective. Based on this theory, Procurement and Supply Chain Academy have put in place an innovative way of e-learning which allows the learner to experience real-life situations and encourages them to actively apply their knowledge and practice skills.

Besides, it has been proven that adding visual elements to e-learning courses enhances knowledge retention. According to neuroscience research that is referenced in John Medina’s book “Brain Rules”, participants in studies only remember about 10% of information presented orally when they are tested 72 hours after instruction. However, that number increased by about 65% when an image is added to the learning process. The basis of this idea lies in the “Pictorial Superiority Effect”, which suggests that visual input is more likely to be recognized and remembered.

Playing games is actually good for your brain. It helps to engage learners in the e-learning process and prevents boredom that so often leads to unsuccessful learning experiences. A report that was released by Leicha Bragg of Deakin University outlines a study that was conducted in three different schools, which involved 240 students. According to the research, students were more motivated to learn mathematics when the information was presented in a gaming format. Even their attitude toward the subject changed, as did their confidence regarding the various concepts involved. The students were also more motivated to learn the information, which improved their overall success and alleviated the boredom that is often associated with repetition (especially relating to problem solving).

Various research studies and surveys have shown that multimedia in e-learning, such as images and video, not only engage the learners but also help them to actually remember what they’ve learned. Research cited in a report by Michelle Chau mentions a number of examples of how interactive learning tools, such as e-books, lead to improved knowledge retention. According to research, students who used e-books that contained sound effects, music, audio narration, and images were able to retain and recite more information than those who were simply given traditional textbooks.

Scientific research has proven that the methods used through e-learning actually have a great impact on our brains. Apart from its accessibility and flexibility, e-learning proves to be more engaging for learners and also helps to improve retention. This explains the steep rise of e-learning globally for training and development.